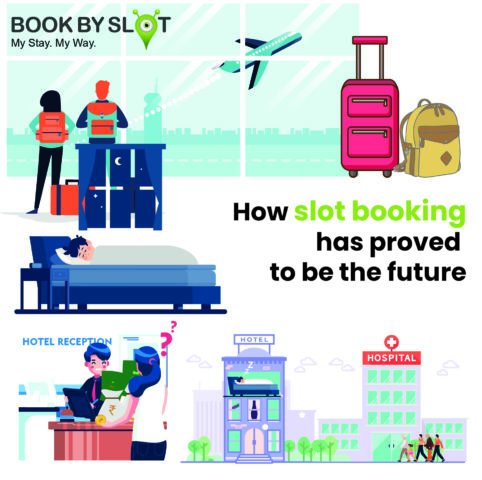 How slot booking has proved to be the future?

In this rapidly evolving world, everything has started to become short term and dynamic. The shift in the generation has seen the rise of the hustle culture and millennials are constantly seeking things that give them satisfaction and most importantly, convenience. We live in a world where technology has reduced human interaction and effort to the bare minimum. People do what is most convenient for them and not what saves their money the most. This is once again, attributed to a simple phrase, “Time is money”

One more thing that has changed is the fact that full-time ownership of objects is dying out. It was once a matter of pride to own a vehicle. Nowadays, no one really cares about owning a vehicle. The agenda is to reach point B from point A in the most optimized fashion, even if it comes at the cost of a few extra bucks. People would much rather pay for AC bus tickets than ride a two-wheeler in the scorching sun. Even in workplaces, the attitude has shifted from “The bigger the office, the more successful I am” to “I want a space where I can work freely and comfortably, doesn’t really matter whether I own it or not”

This is extremely prominent in the hospitality sector. People just do not have the time and energy to go visit those pesky agents, state their requirements, probably get scammed of their money. Thus began the rise of online hotel bookings in the 2000s and the hotel industry grew to a valuation of around $500 billion in the year 2018. Development, however, did not stop there. With technology ever growing, there is always room for improvement. The mid-2010s witnessed the rise of hotel bookings on a slot basis. The idea was that people shouldn’t have to pay for the entire day while in a hotel if they need the room only for a couple of hours.

This idea soon gained traction among professionals who travelled to other cities for their business meetings, travellers in transit who were earlier forced to bide the extra time in airport or railway station lounges, backpackers who only need a roof over their head at night time, leisure, health, and academic travellers. Students, in particular, operate on a tight budget and cannot afford to pay so much for a room. It was also a boon to hospital visitors who were earlier forced to spend sleepless nights in the hospital because someone dear to them was admitted or forced to spend hours together waiting for medical reports to be generated.

Slot booking is the future, not just for resorts and hotels. There was a time when one had to hire a cab for the entire day if they needed to use it even for a few hours. Either that or people used to just save up for a few years and buy a vehicle of their own. After the dent made by services like Ola and Uber in the cab industry, it is hard to imagine booking a cab for an entire day when need it only to go to work. We’ve come to a stage where life without these cab services seems impossible.

This practice has been adopted by different industries, where there is a need for it. Take the case of workspaces. Workspaces were one of the first things that could be booked on a slot basis. The biggest player in this sector is valued at $47 billion. This just shows that there is a dire need of workspaces, especially for newer start-ups that cannot yet afford their own office space. This is a necessity in the modern world, the entrepreneurs might be comfortable working out of their own homes but when it comes to meetings with stakeholders and potential investors, you absolutely need professional setup. That is exactly where the concept of taking up workspaces on a slot basis comes into place. This also led to the rise of the concept of coworking, wherein two or more companies/start-ups would work in the same place. This created a positive environment where early stage start-ups could interact with others and get an external perspective to their offering, creating an early advantage of not having to hire separate beta testers.

Buying a two-wheeler is too big of an investment and taking a cab every other day is too expensive? Just rent a vehicle then. Companies like Bounce, Royal Brothers and Vogo have redefined the way people commute in the city. With extremely convenient features like pick and drop anywhere, extremely affordable prices and dockless, keyless scooter sharing, people have identified this to be the future of short-term travel. Although the startups in this sphere are new, they are growing and raising funds rapidly.

Every part of people’s lives where there is a requirement of commodities on a temporary basis has been fulfilled by slot basis bookings. This has proved to be a clear example of disruptive growth and with the technology and internet boom, it will just keep growing at the same pace, if not faster. Who is to say what can be owned short-term next? Our guess is as good as yours…