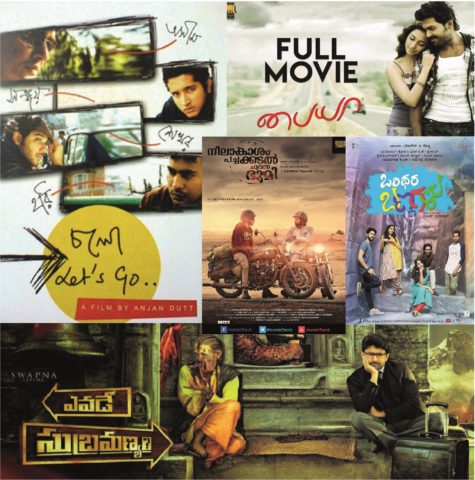 5 regional movies that makes you travel

The Bengali film is all about four close friends – Hari, Shekhar, Ashim, and Sanjay, who are either jobless or are not content with their current profession. They start a travel agency named, ‘Gharoa Travels’. On their very first trip, they have nine passengers. On the way to the hills, a girl named Ria joins them. The film deals with their journey through North Bengal. As the journey progresses, their natures are slowly exposed. The film uses a flash-forwarding to the future style placed together with the present day for contrasting effect. The lush visuals of Kalimpong, Darjeeling and the lazily flowing Teesta make this Anjan Dutt directorial a visual pleasure. As the characters wind his way up to the queen of hill stations, the exhilarating North Bengal beauty keeps us glued to the screen.

This is a light-hearted travel film that has been shot across Karnataka. “This is a feel-good film along the lines of Dil Chahta Hai. This is a film about a bunch of people and their emotions. The title is Onthara Bannagalu because emotions are compared to colours in this film and there are different shades of various colours in each character. “ said the director. The film is about three friends — Jai, Sri, and Ram — who have grown up together. They decide to take off on a quick getaway to escape some sort of pressure from work. The film explores what happens in the day when the characters lose their emotional baggage and face their insecurities. All of this, though, has been shown in a light manner. The film has been shot in Mangaluru, Sakleshpur, and Badami, among other areas in Karnataka.

This movie is a 2015 Telugu coming of age drama film starring Nani as the title character, a corporate man who sets out on a journey of self-discovery. Filming near the Himalaya Mountains took forty days. The film differs from the television serial by location. For television, director Gowarikar shot scenes in Lukla in the Khumbu region of Nepal at 2,860 meters above sea level and then changed locations to Uttarakhand. Contrarily, Yevade Subramanyam is the only Indian film to be shot at some of Everest’s highest points.

Apart from the usual fights and kidnapper chase, Paiyaa portrays a beautiful love story in the backdrop of an adorable journey. Music by Yuvan Shankar Raja is an extra bonus.

The film revolves around Kasi (Dulquer Salmaan) and Suni (Sunny Wayne) who go on a road trip from Kerala to Nagaland. The movie focuses on the self-realization that the crew goes through and also the adventures that they face