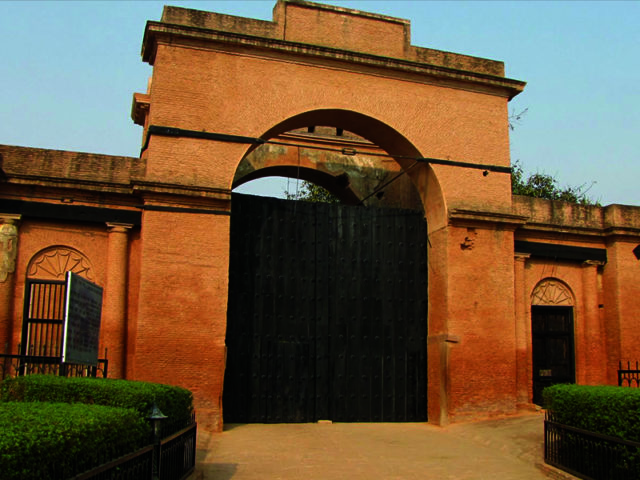 The Bailey Guard Gateway in Lucknow was named after Major John Baillie, who was the British Resident from the year 1811 to 1815. the Residency Complex started in 1780 by Asaf-and-Daulla had entrance to the gateway and it was finally completed in 1800 in the reign of Saddat Ali. The residence and the surrounding buildings were at later years engrossed by British officials and the complex was an important location in the Uprising of 1857. Relatively, around three thousand British inhabitants took shelter from Indian soldiers within the complex until they were finally saved in November 1857 by troops serving under the leadership of Sir Colin Campbell and this site is a national monument where people of the nation can explore the past. The debris has been landscaped to provide a setting for the surviving ruins, which still bring the grandeur of the original structures.

The architecture of Bailey Guard:

Originally, it was a magnificent three-storeyed building that gave its name to the entire complex of the residency. This building was elevated on the highest spot in Lucknow, and it provided a very pleasant view over the city towards the south and east and towards the declining slope towards the Gomti on the north. The main entrance of the monument is from the eastern side through a large double-columned colonnade. Along with the west, front extended wide and lofty verandahs. Two spiral staircases provided inside the towers on the north and south sides for going upstairs give an alluring view. Both the stairs have been completely crumpled leaving no traces of their existence and the roof was protected by a massive Italian balustrade and the monument has a huge number of lofty windows and doors with Venetian blinds. The base floor at the south side had a central hall, three side rooms and a small room at the entrance of a monument. The main Residency building was connected by a sloping handrail which has now been restored.

If you are planning to transit near Bailey Guard, BookBySlot helps you to book premium hotels on an hourly basis with a full-day booking option also available.

Treebo Shubankar, Treebo Shubham Inn, Treebo The Leaf and Hotel Mandakini Saket Regency which can be booked on bookbyslot.com when transiting through the Lucknow Residency.